Pablo DE was born in Leghorn in January of 1982 and since he was a child and he knews, he would become a tattoo artist. In his family, tattoos were not a taboo. His great grandfather, named "Pepe ", had the body covered with pin-up tattoo (performed between 50's-70's years), any in sexy attitude. For Pablo soon arrived the time to get his first tattoo. In 1993, at eleven years old, in a specialized workroom, he got a small dragon on his shoulder and he is still proud of it. Since then, he started to study artworks.In 2002, finally he preformed his first tattoo. Pablo DE is an autodidact. His great love for traditional style carried him forward to any setback. After a while it he started to hybridize his style with special shapes and super colors! Actualy, in addition to his TattooLifestyle workroom, he performes like resident guest at Milanocityink (famous Milanese studio where was filmed the TV show "Milano City Tattoo " on Sky TV) and as special guest to the best of national and international tattoo conventions, as for example the London Tattoo Convention and the Mondial du Tatouage in Paris, where in 2016 he obtained a spacial award. 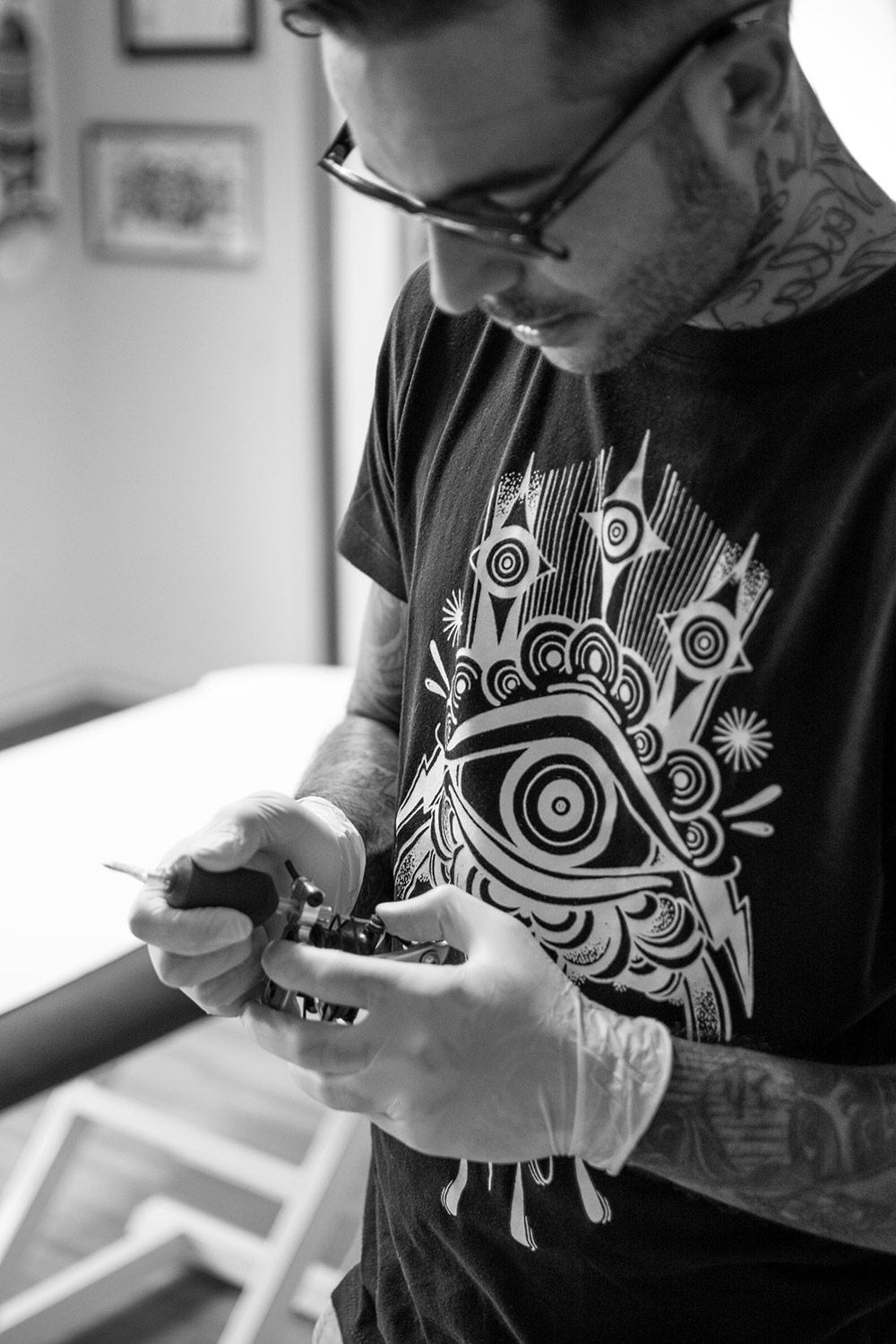 Here are some Pablo DE's awards. To remember with great pleasure, that obtained in London for being part of the "Jury " in the prestigious LONDON TATTOO CONVENTION and the one won in Paris to MONDIAL DU TATOUAGE in March 2016.